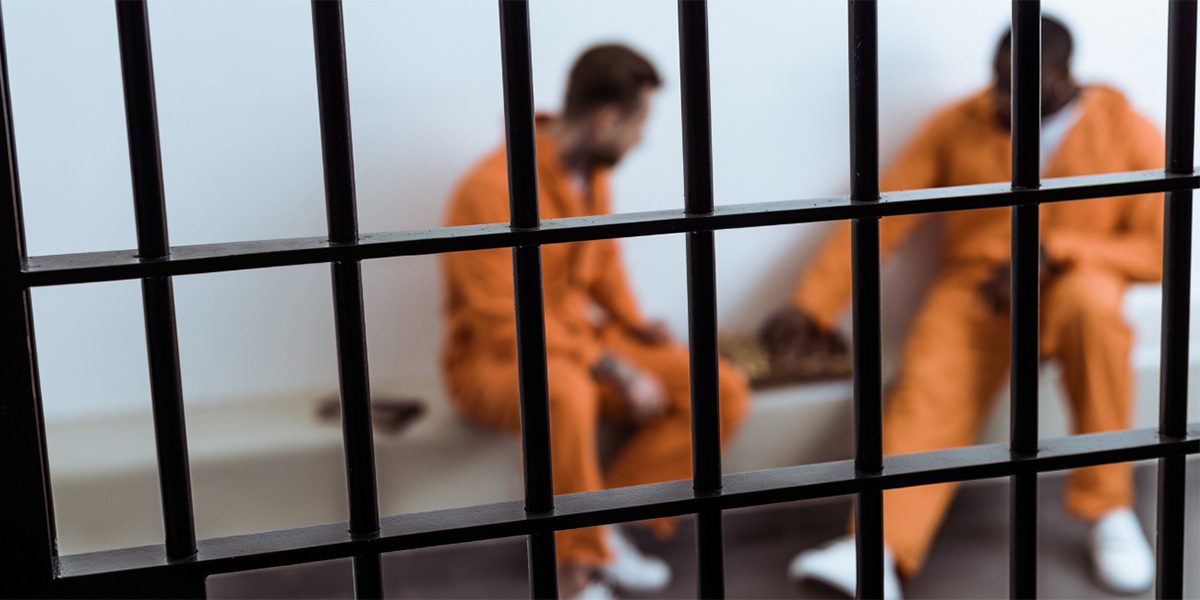 COVID-19 has been the dominant concern in many parts of Tarrant County, particularly prisons and jails that often house large numbers of people in closely confined spaces. Multiple stories recently touched on the impact that COVID-19 is having on local institutions.

On December 22, 2020, KXAS-TV reported that an inmate at John Peter Smith Hospital died due to a COVID-19 related medical emergency. The 34-year-old man died on December 19 and was originally booked into Tarrant County Jail on September 9 for assault family violence by impeding breath.

The day before that, KXAS-TV reported that a jail supervisor at the Tarrant County Sheriff’s Office who died of COVID was being remembered as “jovial and happy” and for trying to make inmates and others “feel good about themselves.” A 50-year-old father of four who had worked in the sheriff’s office for 17 years was the second Tarrant County jailer to die from the virus.

Corporal Charles Holt passed away in September, five days after he was diagnosed, at the age of 36. Another 65 jail staffers and a similar number of inmates have the virus or are in quarantine.

On November 10, 2020, KTVT-TV reported that the  Tarrant County Sheriff’s Office confirmed an inmate died at the hospital on November 9 due to COVID-19 and underlying medical conditions. The 60-year-old man, who was booked into the Tarrant County Jail on May 18 for aggravated assault with a deadly weapon, was moved to JPS Hospital on November 3 and the Texas Rangers will handle the investigation into the in-custody death.

On December 11, 2020, the Fort Worth Star-Telegram reported that a Tarrant County inmate died of the coronavirus, marking the second in-custody death this week in Fort Worth. This was the 15th inmate death this year.

On July 21, 2020, the Associated Press reported that over 500 women at a federal medical prison in Texas had tested positive for the coronavirus in one of the largest confirmed outbreaks at a federal prison.

The number of confirmed cases at the Federal Medical Center-Carswell in Fort Worth jumped to 510 just two days after the Bureau of Prisons reported that 200 women there had tested positive for COVID-19. Only the federal prison in Seagoville, also located in the Dallas-Fort Worth area, had more infected inmates, with 1,156 cases.

Three weeks before the story, the prison had reported only three confirmed cases of the virus among inmates. One prisoner died in April, a 69-year-old woman became the second woman to die there from the virus in July, and a 51-year-old woman died that Monday.

Since April, many inmates had told the Forth Worth Star-Telegram that they were concerned the virus could spread through the prison. Many women at Carswell told the newspaper that the facility did not have enough sanitizing supplies or protective equipment.

The women also noted that cells are not immediately cleaned after someone tests positive. One inmate said mattresses used by women who have tested positive are piled up in a TV room.

Avoiding Prison in Fort Worth, TX

Nobody charged with any crime wants to spend any time in a local prison or jail, but confinement becomes mandatory with regard to certain criminal charges. Some criminal offenses can make possible imprisonment more likely than others.

Just reviewing the stories of people dealing with COVID-19, you can see many of the most common crimes that lead to terms of imprisonment. The assault family violence by impeding breath crime referenced in the story of the 34-year-old inmate refers to the domestic violence crime that is frequently a felony offense.

Texas Penal Code § 22.01(b)(2)(B) contains the enhancement for assault family violence by choking or impeding breathing. It increases the punishment of an assault family violence charge from a Class A misdemeanor to a third-degree felony, and an alleged offender is now facing up to 10 years in prison instead of a single year in jail.

The aggravated assault with a deadly weapon crime connected to the 60-year-old man above refers to Texas Penal Code § 22.02. A person commits an aggravated assault offense if they commit an assault as defined in Texas Penal Code § 22.01 and cause serious bodily injury to another, including the person’s spouse, or use or exhibit a deadly weapon during the commission of the assault.

An aggravated assault is a second-degree felony, but the crime can become a first-degree felony if the alleged offender uses a deadly weapon during the commission of the assault and causes serious bodily injury to a person whose relationship to or association with the defendant is described by Texas Family Code § 71.0021(b), 71.003, or 71.005, the offense is committed by a public servant acting under color of the servant’s office or employment; against a person the alleged offender knows is a public servant while the public servant is lawfully discharging an official duty, or in retaliation or on account of an exercise of official power or performance of an official duty as a public servant; in retaliation against or on account of the service of another as a witness, prospective witness, informant, or person who has reported the occurrence of a crime; or against a person the alleged offender knows is a security officer while the officer is performing a duty as a security officer; or the alleged offender is in a motor vehicle, as defined by Section 501.002, Transportation Code, and knowingly discharges a firearm at or in the direction of a habitation, building, or vehicle; is reckless as to whether the habitation, building, or vehicle is occupied; and in discharging the firearm, causes serious bodily injury to any person.

Many violent crimes tend to lead to longer prison sentences because prosecutors and judges believe they have an obligation to remove people who have demonstrated a danger to others from society. Violent crimes could include assault, robbery, sexual assault, unlawful restraint, kidnapping, disorderly conduct, manslaughter, or murder.

There can also be a number of sex crimes that also lead to possible prison sentences because there is usually more of a push to punish an alleged offender for a criminal offense. Prosecutors tend to take most sex offenses very seriously and will often pursue maximum punishments for alleged offenders in these cases.

Were you arrested for any kind of criminal offense in Grand Prairie, Fort Worth, Arlington, or a surrounding area of Tarrant County? You will want to get yourself a criminal defense attorney for help fighting the criminal charges.

The Law Offices of Richard C. McConathy understands the concern many people can have about possible prison or jail sentences for their criminal charges, and we can work hard to help you achieve an alternative outcome. You can have us examine your case and really discuss everything you are dealing with when you call (817) 422-5350 or contact us online to receive a free consultation.