Sociologist and criminologist Edwin Sutherland coined the phrase “white-collar crime” in the 1930s and used it to describe the types of crimes commonly committed by “persons of respectability” or people who are recognized as possessing a high social status. Before the phrase became commonplace, it was widely assumed that people in the upper classes of society were largely incapable of criminal activity.

White collar crimes have become much more frequent in recent years, and many people are well aware of some of the more prominent names of individuals charged with major white collar crimes. All of that said, the idea that white-collar criminals only receive slaps on the wrists for alleged behavior is wildly inaccurate, as many of these types of offenses actually carry very steep penalties that can include several years in prison and thousands of dollars in fines. 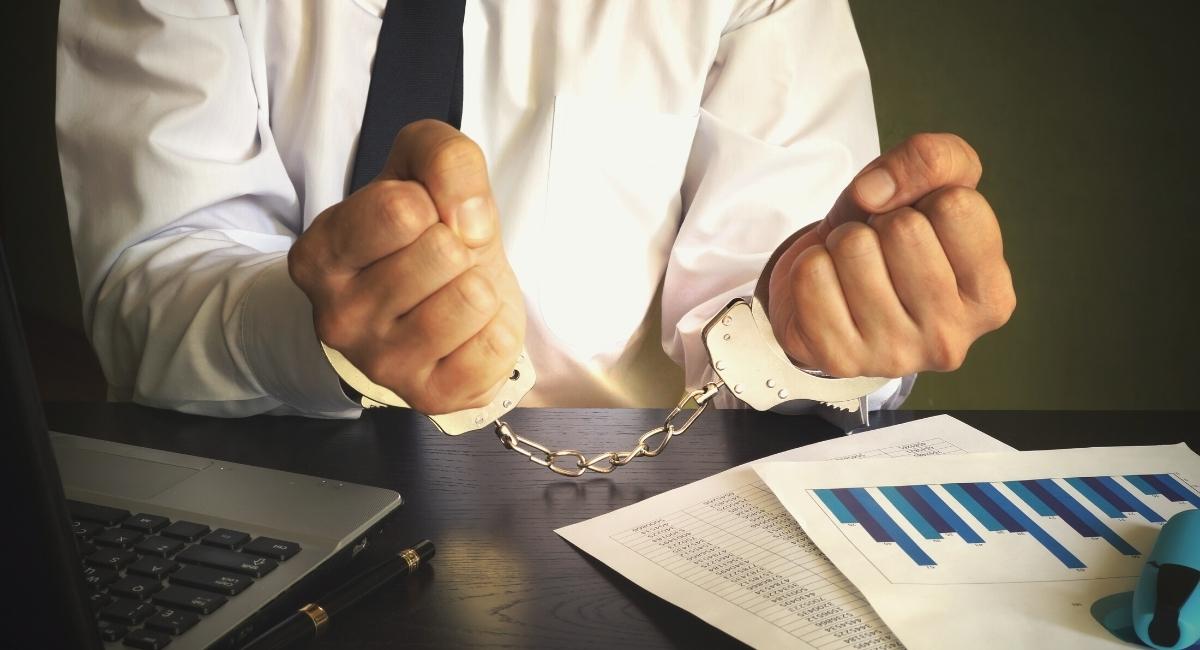 If you were arrested or think that you might be under investigation for a white collar crime in Tarrant County, do not say anything to authorities without a criminal defense lawyer. A criminal defense attorney will be the most important aspect of beginning to formulate your defense.

The Law Offices of Richard C. McConathy can aggressively defend you against your charges and will fight to possibly get those charges either reduced or dismissed. We will be happy to fully review your case and discuss all of your options with you when you call (817) 422-5350 or contact our firm online to set up a consultation.

According to Texas Penal Code § 32.21, an individual can be charged with forgery if they alter, make, complete, execute, or authenticate writing with the intent to defraud or harm another person. This offense is generally punishable as a Class A misdemeanor, state jail felony, or felony of the third degree.

Insurance fraud is defined by Texas Penal Code § 35.02. An individual can be charged with insurance fraud if they commit an act in support of a claim for payment under an insurance policy with the intent to defraud or deceive an insurer. This offense can result in a conviction ranging from a Class C misdemeanor to a felony of the first degree.

An individual can be charged with credit card fraud under Texas Penal Code § 32.31 if they:

This offense is generally punishable as a state jail felony or a felony of the third degree.

According to Texas Penal Code § 32.51, an individual can be charged with identity theft if they obtain, possess, transfer, or use any of the following with the intent to harm or defraud another person:

An individual can be charged with money laundering under Texas Penal Code § 34.02 if they knowingly:

Both white-collar and corporate crimes are almost always non-violent crimes of fraud and deception. Because these crimes are often committed privately, they lack the visceral shock value of street crimes like murder or armed robbery.

Under federal law, a corporation may be liable for the actions of its employees, under the theory of “Respondeat Superior.” If any employee was acting within the scope of his duties, on behalf of the corporation, and the company had knowledge that the activity was criminal (either through one employee, or the collective knowledge of all of its employees), then the corporation may be liable for the employee’s criminal act.

Texas’s rules are a little different. Under Texas Penal Code § 7.22, a corporation may only be responsible for the actions of an employee if:

However, under Texas Penal Code § 7.02, responsibility for the crimes of another is defined broadly. A person may be liable for another person’s actions if he

Another common element of many white-collar crimes is a conspiracy. This is because high-level white collar crimes are very seldom carried out by a single person. Oftentimes several actors will agree to commit a crime, and the prosecutor will seek to charge them all.

Under most conspiracy laws (both state and federal), prosecutors must show four elements to prove a conspiracy:

Under Texas Penal Code § 15.02, if you are convicted of conspiracy, your sentence will be 1 level lower than the level of the crime that was the object of the conspiracy. For example, if you are convicted of conspiring to commit a 1st-degree felony, you will be punished as though you committed a second-degree felony – even if no actual crime was ever committed.

If you have been charged with conspiracy, you should not attempt to contact or communicate with the other alleged conspirators or the police. You should contact an experienced attorney immediately.

While there is no section of the Texas Penal Code called “White Collar Crimes,” most white collar crimes would fall under the Code’s section on fraud offenses. While the statute goes into detail about every element of every specific type of fraud crime, the legal concept of fraud generally requires a couple of factors:

White collar fraud crimes in Texas include things such as making forgeries, trademark counterfeiting, dealing in stolen checks, or making false statements to obtain a loan. Punishment for these crimes in Texas is based on the value of the property improperly obtained.

In the context of embezzlement, this usually means that a person was entrusted with property and then took, spent, or used the property without the owner’s consent. For instance, an office worker that, without permission, takes from petty cash, uses credit cards or company checks for personal reasons, issues fake loans, or creates fake accounts to transfer money to, could be guilty of theft in Texas.

Were you arrested or do you believe that you could be under investigation for an alleged white collar crime in the Fort Worth area? You absolutely must be sure to retain legal counsel as soon as humanly possible.

The Law Offices of Richard C. McConathy handles all kinds of white collar criminal cases in North Texas and will be able to work out the most favorable possible outcome for your case. You can have us sit down with you and go over every single aspect of your case as soon as you call (817) 422-5350 or contact us online to receive a consultation.