The Uniform Criminal Extradition Act (UCEA), codified into Texas Law in Article 51.13 of the Texas Code of Criminal Procedure (TCCP), governs the extradition process in Texas. Forty-five other states participate with the UCEA although the rules vary slightly in each state.

An attorney can help you fight the extradition or request that the court releases you on bond while awaiting extradition. In some cases, you can be released on bond and then voluntarily travel to the state holding the warrant so that you can minimize the time that you spend in custody. In other cases, you might be released because the extradition process is not completed in a timely manner. Nevertheless, the outstanding warrant still exists. Some people are detained several times for extradition before they are finally extradited to another state.

If you have an outstanding warrant in Tarrant County, TX, and are awaiting extradition back to Texas, then a criminal defense attorney can start working on your case while you are awaiting extradition. In some cases, especially for an old warrant for violation of probation, the attorney in Tarrant County, TX, can fight to have the case resolved even before the extradition takes place. The extradition process generally takes less than 30 days although it can take up to 90 days in some circumstances. 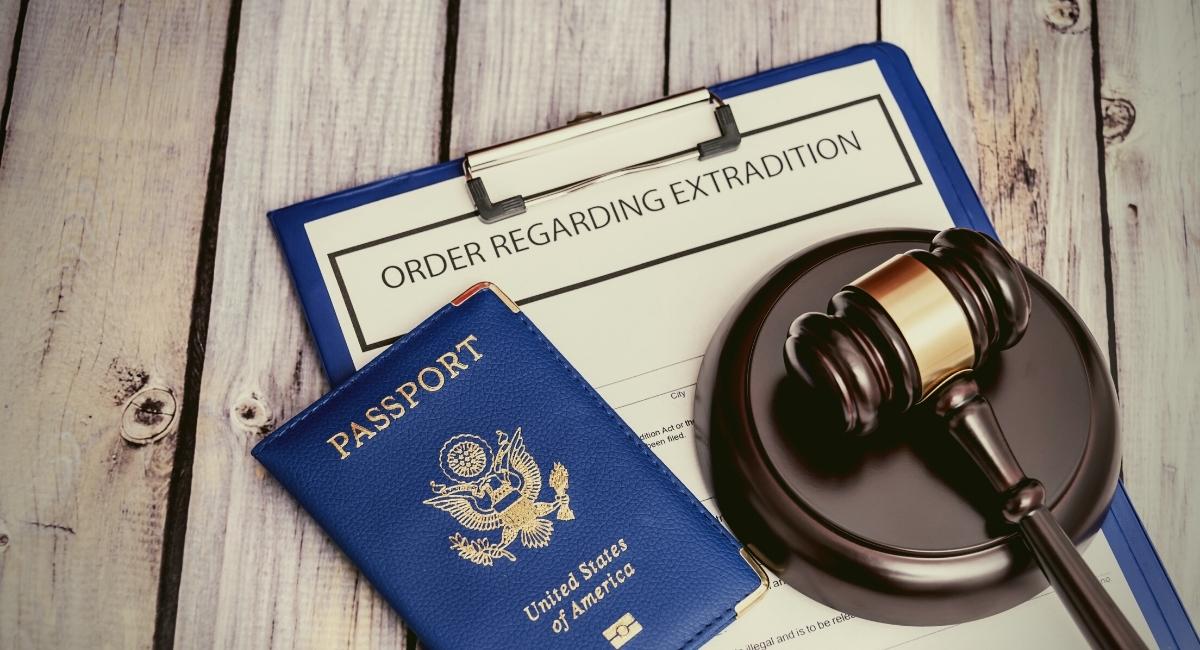 Likewise, if you are being detained in Tarrant County awaiting extradition out of state, an attorney at the Law Offices of Richard C. McConathy can also help you obtain a bond so that you do not have to remain in custody while awaiting extradition. When the arrest or detention was illegal, an experienced criminal defense attorney can help you fight for your release by filing and litigating a writ of habeas corpus.

Contact our attorneys to discuss your pending felony or misdemeanor warrant in Fort Worth or Tarrant County. Take a proactive approach to clear your outstanding warrant so that the case can be resolved on the best possible terms.

When Can the Authorities in Texas Hold a Person for Extradition to Another State?

An arrest for extradition on a fugitive warrant can occur when:

Under Section 14 of the UCEA, an individual can only be arrested without any warrant if the person making the arrest has “reasonable information that the accused stands charged in the courts of a State with a crime punishable by death or imprisonment for a term exceeding one year.” When the arrest is made because of a Governor’s Warrant, then you might be able to contest the extradition through a writ of habeas corpus.

Without an arrest warrant in Texas, the individual must be brought before a magistrate with all practicable speed. During the hearing, the complaint must be made against him under oath setting forth the ground for the arrest.

Requirements for Extradition in Texas

When a warrant is based on a complaint by affidavit, then the magistrate must approve the complaint showing that “crime has been committed in such other State and that the accused has been charged in such State with the commission of the crime, and except in cases arising under Section 6 [of the UCEA], has fled from justice, or with having been convicted of a crime in that State and having escaped from confinement, or having broken the terms of his bail, probation or parole and is believed to be in [the State of Texas].

Arrest Warrants for a Fugitive From Justice in Texas

Under Article 51.03 of the Texas Code of Criminal Procedure, a magistrate judge is permitted to issue an arrest warrant if a complaint meeting the requirements of Article  51.04 is made to the magistrate that the person located within his jurisdiction is a fugitive from justice.

Requirements for the Complaint about a Fugitive Warrant

Under Article 51.04, Texas law provides for very specific requirements before the court can find that the complaint is legally sufficient including:

After an arrest is held for extradition to another state, the court must determine whether it appears that the person held is the person charged with having committed the crime alleged and except in cases arising under Section 6 [of the UCEA], that he has fled from justice.

The court will then hear evidence concerning whether the person being held for extradition is charged in another State with the offense named in the complaint.

In most cases, the court will require proof of a properly certified transcript of an indictment against the accused before finding that the complaint is sufficient to show that the person being held is actually charged with the crime alleged in the complaint.

How Long Does the Extradition Process Take?

If the court finds that the requirements for extradition have been met, then the court must by warrant reciting the accusation, commit him to the county jail for such time not exceeding thirty days and specified in the warrant, as will enable the arrest of the accused to be made under a warrant of the Governor on a requisition of the Executive Authority of the State having jurisdiction of the offense, unless the accused give bail or until he shall be legally discharged.

The court must then notify the district attorney that it must notify the state holding the charge that the person accused is being held for extradition.

Can the Court Release a Person on Bond While Awaiting Extradition?

In some cases, the court will release a person on bond while awaiting extradition. Although the court generally has wide discretion when determining whether to set a bond, the court is not permitted to set a bond if the offense for which the person is being held is punishable by life in prison or by the death penalty. Article 51.05 requires that bond is set “in such amount as the magistrate deems reasonable, to appear before such magistrate at a specified time.”

The court may set bond “with sufficient sureties and in such sum as he deems proper, conditioned for his appearance before him at a time specified in such bond, and for his surrender, to be arrested upon the warrant of the Governor in this State.”

Deciding to “Waive Extradition” to or from Texas

When the person appears in court, the court will ask the person whether they want to waive extradition proceedings or wait for the Governor’s Warrant. If extradition is not waived, then the state seeking the extradition must make a formal demand for extradition under the requirements of Section 3 of the UCEA.

If the requirements and time limits are not met, then the person awaiting extradition can challenge the legality of the arrest through a writ of habeas corpus to a higher court.

Extradition Deputies of the TCSO Warrant Division – The division also includes Extradition Deputies who travel across the United States to pick up prisoners who have been arrested by other law enforcement agencies on Tarrant County warrants. These Deputies work a very flexible schedule due to travel. The Sheriff’s Office also has a contract with a private company, which also transports prisoners for extradition purposes. Transportation Deputies pick up prisoners from the local municipalities when their criminal cases have been filed with the Tarrant County District Attorney’s Office.

Extradition Unit of the Texas Department of Criminal Justice – The extradition unit of the TDCJ makes warrant issuance decisions on offenders who are supervised out-of-state, arranges transportation for offenders being brought back to Texas for a revocation hearing, and scheduling revocation hearings for offenders who are in a Texas prison unit on parole violation allegations. The Warrants Section of the TDCJ prepares performance measure reports for the Budget Board of the Texas Legislative concerning specific types of warrants, and the HB 1112 Unit tracks warrants and ensures that the division remains within the guidelines mandated by law.

Chapter 51. Fugitives From Justice – Visit the Texas Legislature website to find the provisions located in the Texas Code of Criminal Procedure relating to delivering up a fugitive from justice, the magistrate’s warrant, the requirements for the complaint, bail, or commitment, a notice of arrest. discharge, the second arrest on an extradition warrant, the governor’s demand, and traveling expenses for extradition. Find the provisions of the Uniform Criminal Extradition Act in Texas including the duties of the Governor for fugitives from justice, the form of the demand, when the governor may investigate the case, extradition of persons imprisoned or awaiting trial in another state who have left that state under compulsion, extradition of persons not present in the demanding state at the time of the commission of the crime, rights for the accused to file an application for habeas corpus and arrest prior to requisition. Find information on the interstate agreement on detainers.