Legality of the Stop

One of the first issues in any DWI is whether the arresting officer had a legal basis for the initial stop of the vehicle. If the initial stop of the vehicle was illegal (sometimes called the “bad stop”), then all information and physical evidence seized from the stop can be suppressed. If evidence gathered during an illegal stop is suppressed at trial, then the officer cannot identify the defendant or testify about clues of alcohol impairment, the performance on field sobriety exercises, or the result of a breath, blood, or urine test. Ultimately, an illegal stop can lead to the dismissal of all charges including DWI. For this reason, it is important for the criminal defense attorney to pursue any viable motion to contest the legality of the initial stop when representing a client charged with DWI.

Legality of the Stop Defense Lawyer in Fort Worth, Arlington, Grapevine, Keller, and Southlake, TX

Our Fort Worth DWI attorneys represent clients in cases prosecuted in the county criminal courts in Tarrant County. Your criminal defense attorney will investigate the circumstances of your traffic stop to determine if the officer had a reasonable suspension to conduct the stop and probable cause to make the DWI arrest. Call (817) 422-5350 or contact us today for a consultation. The arresting officer will often allege that your bad driving pattern led to the decision to conduct the traffic stop. Your criminal defense attorney can often obtain video evidence including the officer’s own dashcam to determine whether those allegations are false or exaggerated. In some cases, the officer’s dashboard camera video will not fully substantiate the officer’s claims of weaving within the lane, crossing the lane markers, failing to maintain a lane, and driving too fast or too slow. We represent clients after a DWI arrest by a DWI enforcement officer with one of the following law enforcement agencies in Tarrant County including the Tarrant County Sheriff’s Office (TCSO), Fort Worth Police Department, Halton City Police Department, Azel Police Department, Hurst Police Department, Grapevine Police Department, Southlake Police Department, North Richland Hills Police Department, or the Bedford Police Department. When determining the legality of the arrest, your attorney will also look at the video recording taken by the patrol car’s camera depicted the officer as the DWI enforcement officer approaches the vehicle, conducts the initial detention, and asks the driver to exit the vehicle for the purpose of participating in field sobriety exercises. Your attorney will also investigate the training and experience of the DWI enforcement officer with the sheriff’s office of a local police department. Many of these officers have specialized training in detecting intoxication, including the Advanced Roadside Impairment Detection class and multiple Standard Field Sobriety Test (SFST) classes, and had assisted in teaching the SFST class.

Filing the Motion to Suppress for a Stop without Reasonable Suspicion

If the stop was illegal, your attorney can file a motion to suppress if the officer’s testimony does not establish reasonable suspicion for DWI. If the court grants the motion to suppress then your entire case can be dismissed. If the court does not grant the motion, then you can appeal the decision to a higher court by pursuing an appeal after the trial or even after entering a plea (if you specifically reserve the right to appeal the court’s decision). The fact that you have an issue for appeal will often help you negotiate a better resolution with the prosecutor so that the State of Texas can avoid an appeal. Because the trial court knows that its decision can be appealed by either the defendant or the prosecutor, it is important to understand the rules that apply to the appeal because the trial court certainly takes those rules into consideration when making a ruling before trial. The appellate courts review a trial court’s ruling on a motion to suppress evidence under a bifurcated standard of review. Amador v. State, 221 S.W.3d 666, 673 (Tex. Crim. App. 2007). In reviewing the trial court’s decision, the appellate court does not engage in our own factual review. Romero v. State, 800 S.W.2d 539, 543 (Tex. Crim. App. 1990). Instead, the trial judge is the sole trier of fact and judge of the credibility of the witnesses and the weight to be given their testimony. Wiede v. State, 214 S.W.3d 17, 24–25 (Tex. Crim. App. 2007).

The Standard of Review for Motions to Suppress a Bad Stop

Unreasonable Stops and Detentions During a DWI Investigations

The Fourth Amendment protects against unreasonable searches and seizures by government officials. U.S. Const. amend. IV. To suppress evidence because of an alleged Fourth Amendment violation, the defendant bears the initial burden of producing evidence that rebuts the presumption of proper police conduct. Young v. State, 283 S.W.3d 854, 872 (Tex. Crim. App.), cert. denied, 558 U.S. 1093 (2009). A defendant satisfies this burden by establishing that a search or seizure occurred without a warrant. Once the defendant has made this showing, the burden of proof shifts to the State, which is then required to establish that the search or seizure was conducted pursuant to a warrant or was reasonable. Detention, as opposed to an arrest, may be justified on less than probable cause if a person is reasonably suspected of criminal activity based on specific, articulable facts. Terry v. Ohio, 392 U.S. 1, 21, 88 S. Ct. 1868, 1880 (1968). A DWI officer in Texas conducts lawful temporary detention when he or she has reasonable suspicion to believe that an individual is violating the law. Crain v. State, 315 S.W.3d 43, 52 (Tex. Crim. App. 2010).

The Totality of the Circumstances Analysis to Determine Reasonable Suspicion

Reasonable suspicion exists when, based on the totality of the circumstances, the officer has specific, articulable facts that when combined with rational inferences from those facts, would lead him to reasonably conclude that a particular person is, has been, or soon will be engaged in criminal activity. This is an objective standard that disregards any subjective intent of the officer making the stop and looks solely at whether an objective basis for the stop exists. The courts will look at a variety of factors including the time and location of the stop and whether it occurred at a location near a known bar district. In many cases, these are relevant and appropriate considerations when reviewing the totality of the circumstances to determine if reasonable suspicion existed. Foster v. State, 326 S.W.3d 609, 613 n.10 (Tex. Crim. App. 2010). 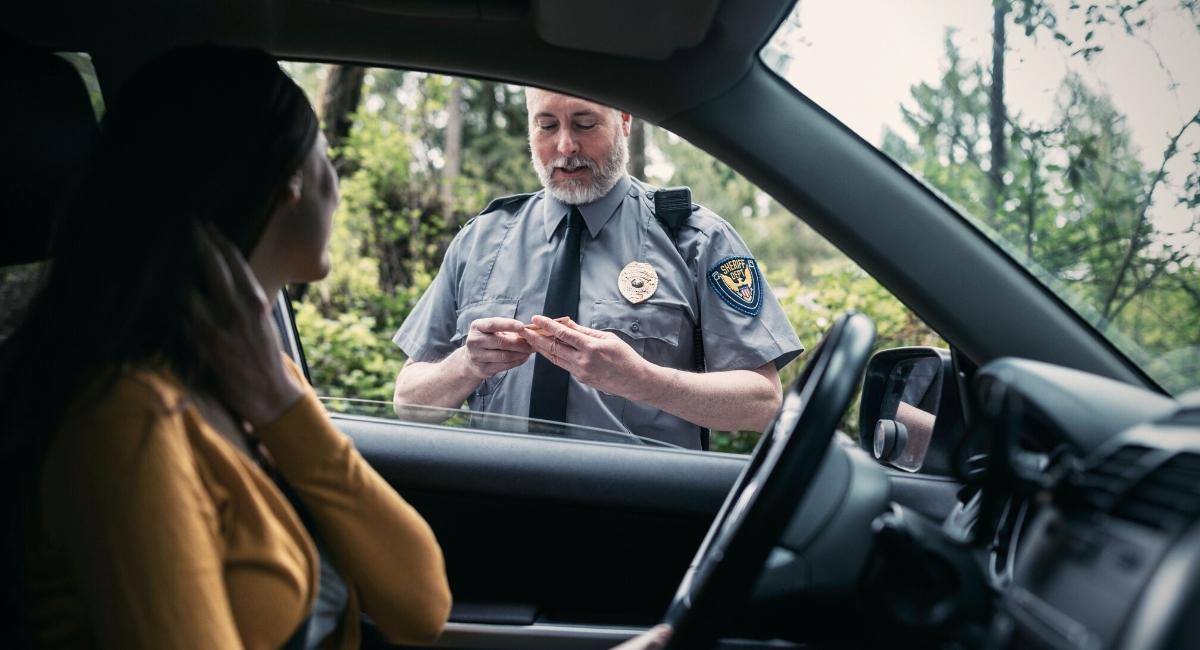 In determining that reasonable suspicion existed to detain the driver for investigation of DWI, the courts in Texas will often note that the United States Supreme Court recently acknowledged that “observation of ‘dangerous behaviors’ such as weaving back and forth across the roadway and crossing the center line ‘would justify a traffic stop on suspicion of drunk driving.’ ” Id. at *8 (quoting Navarette v. California, 134 S. Ct. 1683, 1690–91 (2014)). Later in the decision, the court went on to explain: Reasonable suspicion depends on the factual and practical considerations of everyday life on which reasonable and prudent men, not legal technicians, act. Under that common-sense approach, we can appropriately recognize certain driving behaviors as sound indicia of drunk driving.” Navarette, 134 S.Ct. at 1690 (internal citation and quotation marks omitted). We hold that, on the facts of this case, [the officer] had an objectively reasonable basis to justify at least a temporary detention to investigate the cause of Appellant’s unusual driving, even if Appellant’s “erratic driving” (as the trial court aptly characterized it) might ultimately have proven to derive from some other, innocent cause. Id. at *9. When viewed in totality, the court will look at the facts to determine whether they are sufficient to provide reasonable suspicion of DWI. For example, in Curtis v. State, 238 S.W.3d 376, 380 (Tex. Crim. App. 2007), the court held that reasonable suspicion was established by the officer’s testimony that he had specialized training in detecting DWIs, and based on that training a driver’s weaving in and out of a lane was a possible sign of intoxication, and the driver was seen weaving out of his lane at approximately 1:00 a.m. In Kessler v. State, No. 02–08–00270–CR, 2010 WL 1137047, at *5–6 (Tex. App.–Fort Worth Mar. 25, 2010, pet ref’d) (mem. op, not designated for publication), the court held that reasonable suspicion existed where officer testified that appellant swerved abruptly to avoid a curb shortly after 2:00 a.m., when the local bars closed and failed to drive within a single lane of traffic, moving the “majority of the vehicle” into a designated left-turn lane while continuing to drive straight. In many of these cases, the office will allege that he or she observed a violation of Tex. Transp. Code Ann. § 545.060. Section 545.060 to either: Driving on the dividing stripes can constitute a failure to stay “entirely within” a lane because proof of the actual commission of the offense is not a requisite for an officer to stop a motorist to investigate a traffic offense. In other cases, such evidence might be insufficient to justify the traffic stop.

When the officer alleges that the stop of the vehicle was for a moving or traffic violation, the following offenses are most commonly mentioned by the officer that conducted the stop. It is important for your criminal defense attorney to know the different requirements for each of these offenses listed in the Texas Transportation Code.

Types of Issues Raised in a Motion to Suppress DWI Evidence