While there is little doubt that the so-called DWI Roadblocks / Checkpoint at which police officers randomly stop passing motorists for sobriety checks serve the public interest, they remain a somewhat divisive issue. Currently, 38 states allow these sobriety checks while 12 states do not.

The issue is whether or not this violates a United States citizen’s Fourth Amendment right against unreasonable search and seizure. A driving while intoxicated (DWI) arrest based on a sobriety checkpoint or roadblock in Texas is illegal. An experienced DWI defense lawyer will fight to get your DWI charge dismissed. 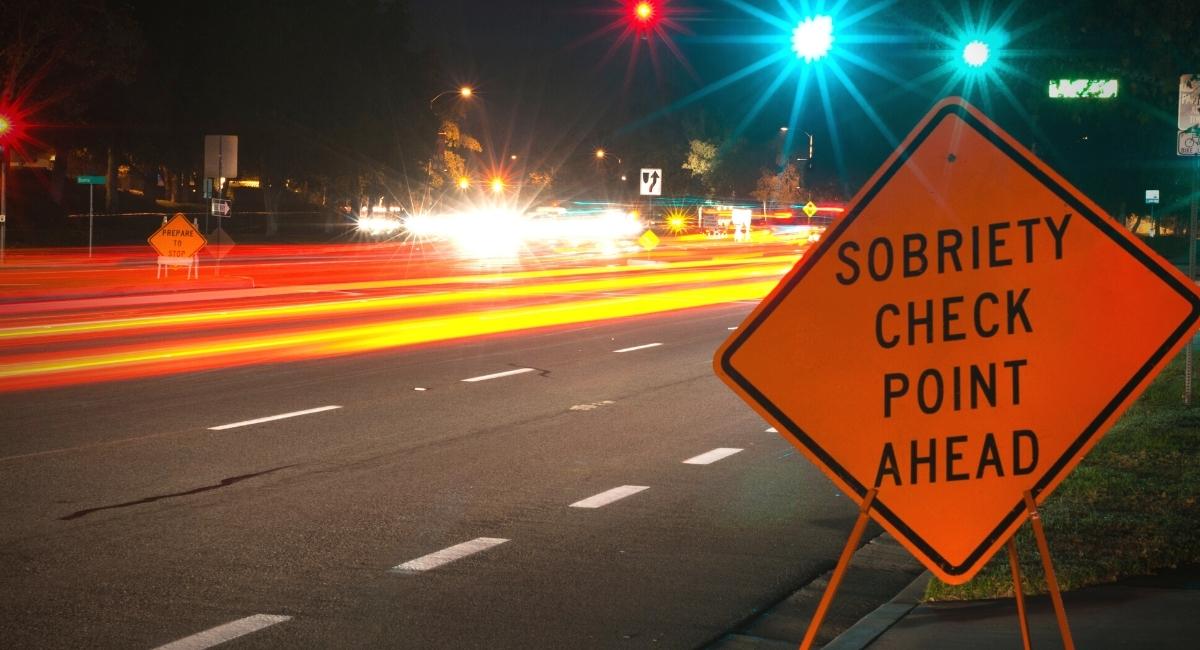 A DWI charge is a serious offense in Texas with serious penalties. If you have been arrested and charged with DWI in Tarrant County, Southlake, Fort Worth, Arlington, Grapevine, Keller, TX area, contact the Law Offices of Richard C. McConathy as soon as you possibly can.

They will fight to protect your rights while working to expose cracks in the prosecution’s case in order to better your chances of a favorable outcome. Call (817)-422-5350 today to schedule a consultation and see what the Law Offices of Richard C. McConathy can do for your Tarrant County DWI case.

The definition of what constitutes a DUI offense in Texas is found in Tex. Penal Code Section § 49.04 and is known as Driving While Intoxicated, or DWI. According to this statute, it is illegal for anyone to be intoxicated while operating a vehicle in a public place. An intoxicated person is defined by Tex. Penal Code Section § 49.01 as a person having a blood or breath alcohol concentration (BAC) at or over the Texas legal limit of .08, which is “per se” intoxication, or someone who has lost the normal use of his or her physical or mental faculties due to the presence of alcohol, drugs, controlled substances, or other impairing substance in his or her system.

According to this definition of intoxication, it would be possible to be arrested for DWI if you don’t feel intoxicated if your BAC is at or above .08. Additionally, having the right to an impairing substance, such as a prescription, is rejected as a valid defense by statute in Texas. If an officer pulls you over for a traffic defense or because he or she suspects DWI and they detect the presence of alcohol, he or she will likely request testing like a breath test or field sobriety testing. If no alcohol is detected but the officer still suspects impairment, a blood test will likely be requested.

Since Texas is an implied consent state as defined in Tex. Transp. Code § 724.11, you have already given your consent to these DWI tests by driving on Texas roads. You do not, however, have to consent.

In addition, if you refuse testing you can’t be forced to test against your will except for in very specific, limited circumstances. However, this refusal is grounds for an administrative license suspension and is admissible to court as evidence. If you are stopped and the law enforcement officer requests a DWI test, don’t refuse – but politely request to speak with your Dallas DWI defense lawyer before giving your answer.

In states where DUI roadblocks or DUI checkpoints are allowed, they are locations on public roads where law enforcement officers are specifically stationed to check drivers for intoxication and impairment. A DUI roadblock usually refers to when a road is blocked off specifically to check each driver passing through for the presence of alcohol or drugs. A DUI checkpoint can be just a place where one or more law enforcement officers are stationed and stop certain vehicles based on a preselected numeric value, like every third vehicle.

Often these terms are used interchangeably since the concept of checking most or all drivers in one particular area is the same. Most states that allow these DUI checkpoints or roadblocks also require specific guidelines to be followed, usually determined by the statute that explicitly authorizes sobriety checkpoints.

If you have been arrested for a DUI offense in another state due to a DUI sobriety checkpoint, or you suspect that your Texas DWI arrest was the result of a DWI checkpoint, it is important to contact an experienced DWI defense lawyer as soon as possible.

In the United States, there are 12 states that outlaw DUI sobriety checkpoints and roadblocks. Texas is one of those states. While not outlawed specifically by statute as in some of the other 12 states that don’t allow DUI checkpoints, the Texas Court of Criminal Appeals ruled in a case from 1991 that DWI sobriety checkpoints violated a Texan’s Fourth Amendment rights and were thus unconstitutional. The ruling allowed for DWI Roadblocks / Checkpoint to occur only if the Texas Legislature established guidelines.

The subject is a heated debate amongst Texas lobbyists, lawmakers, and other legal entities. Though no guidelines have been set by the Legislature as of early 2013, that could change at any point in future sessions. If you believe you received your DWI arrest as a result of what could be considered a sobriety checkpoint in Texas, consult with an experienced DFW DWI defense lawyer immediately.

If guidelines have been set, your attorney will make sure they were followed and your rights were protected. If guidelines have not been set, he or she will fight to prove the arrest was due to an illegal DWI sobriety checkpoint or roadblock and get your charges dismissed.

Holt v. State, 887 S.W.2d 16 (1994) — Regina Hart was charged with driving while intoxicated (“DWI”) after she was arrested at a sobriety checkpoint set up by the Arlington Police Department. Appellee filed a motion to suppress evidence seized through the sobriety checkpoint, alleging that the checkpoint violated her rights under the Fourth Amendment to the United States Constitution as well as Article I, Section 9 of the Texas Constitution. The trial court granted the appellee’s motion to suppress evidence. The State appealed, and the Fort Worth Court of Appeals reversed the trial court, holding that legislative authorization is not required for sobriety checkpoints in Texas. The Court of Criminal Appeals of Texas held, “Because a governing body in Texas has not authorized a statewide procedure for DWI Roadblocks / Checkpoint, such roadblocks are unreasonable and unconstitutional under the Fourth Amendment of the U.S. Constitution unless and until a politically accountable governing body sees fit to enact constitutional guidelines regarding such roadblocks.” The judgment of the court of appeals was reversed and the cause was remanded to the trial court.

Brown v. Texas, 443 U.S. 47, 99 S. Ct. 2637, 61 L. Ed. 2d 357 (1979) — The court case referenced in Holt. In a DWI Roadblocks / Checkpoint situation, the Brown test involves a balancing of the public interest in the roadblock against the individual’s right to privacy in light of three factors: (1) the state’s interest in preventing accidents caused by drunk drivers; (2) the effectiveness of the DWI roadblock in preventing such accidents; and (3) the level of the intrusion on an individual’s right to privacy that is caused by the roadblock. In addition to Brown, the U.S. Supreme Court has handed down the landmark decision of Michigan Dept. of State Police v. Sitz, 496 U.S. 444, 110 S. Ct. 2481, 110 L. Ed. 2d 412 (1990), analyzing DWI roadblocks under the Brown test.

Fourth Amendment–The Constitutionality of a Sobriety Checkpoint Program — Read this article examining the United States Supreme Court decision in Michigan Department of State Police v. Sitz. There is a discussion about the history of fourth amendment protection against searches and seizures of individuals in automobiles, the trial court decision, and the appeal. There is also an examination of the majority opinion, Justice Brennan’s dissent, and Justice Stevens’ dissent. The further analysis looks at Chief Justice Rehnquist’s correct application of the brown balancing test and Justice Brennan’s inappropriate call for a threshold level of individualized suspicion.

Recent Texas DUI Checkpoints — Here is a website that claims to post alerts about DWI checkpoints in Texas. Most of the dates listed are several years old, so it does not seem likely to be updated often. There was indeed a sobriety checkpoint at Padre Island National Seashore during Memorial Day weekend.

If you were recently arrested at a DWI checkpoint in Tarrant County, you absolutely must be certain to discuss your case with qualified legal counsel. Make sure that you take the time to contact the Law Offices of Richard C. McConathy so you can give yourself the best chance of overcoming your criminal charges and moving on with your life.

Our firm has handled many different kinds of major drug charges and we know how to fight these cases and secure the evidence needed to avoid convictions. Call (817)-422-5350 or contact us online to let us really dig into the details of your case and get a better idea of what you are dealing with during a free consultation.