Cultivate generally means “to prepare or prepare and use for the raising of crops” or “to foster the growth of,” and cultivation of marijuana has become especially common in recent years as more people have come to realize that they could grow marijuana on their own. The problem with cultivating marijuana in Texas is that it remains a controlled substance that people are prohibited from possessing.

A marijuana cultivation crime could be prosecuted as a simple possession case, but there can be instances in which larger amounts lead to intent to sell or delivery charges or even drug trafficking in some larger cases. Some marijuana cultivation offenses occur in so-called grow houses, which are homes dedicated to growing marijuana, but people can still face criminal charges for offenses occurring in other private homes or businesses.

Were you arrested for an alleged marijuana cultivation offense in Fort Worth, Grand Prairie, Arlington, or another community in Tarrant County, Texas? You cannot afford to delay in seeking legal representation as you will want to make sure you have a criminal defense attorney investigating your case as soon as possible.

The Law Offices of Richard C. McConathy can immediately put our team to work for you and we will work to protect your rights and fight to ensure you face the fewest penalties possible. Call (817) 422-5350 or contact us online to have our firm review your case and answer all of your legal questions during a consultation.

Under Texas Health and Safety Code § 481.002(26), “marihuana” is defined as “the plant Cannabis sativa L., whether growing or not, the seeds of that plant, and every compound, manufacture, salt, derivative, mixture, or preparation of that plant or its seeds.” The term does not include:

Under Agriculture Code § 121.001, hemp is defined as meaning “the plant Cannabis sativa L. and any part of that plant, including the seeds of the plant and all derivatives, extracts, cannabinoids, isomers, acids, salts, and salts of isomers, whether growing or not, with a delta-9 tetrahydrocannabinol concentration of not more than 0.3 percent on a dry weight basis.” A Texas Department of Public Safety trooper arrested a driver in December 2019 who the agency claimed was hauling more than a ton of marijuana through the state near Amarillo and the man was held in jail for a month before lab results showed he was actually transporting legal hemp.

Marijuana cultivation crimes that lead to marijuana possession charges can result in the following charges under Texas Health and Safety Code § 481.121:

While marijuana possession charges frequently result in many cultivation cases, they are not the only crime a person could be charged with. If law enforcement suspects marijuana was being grown for sale, then delivery charges could be the result.

When a marijuana cultivation offense leads to marijuana delivery charges, then Texas Health and Safety Code § 481.120 establishes that crimes are classified as follows: 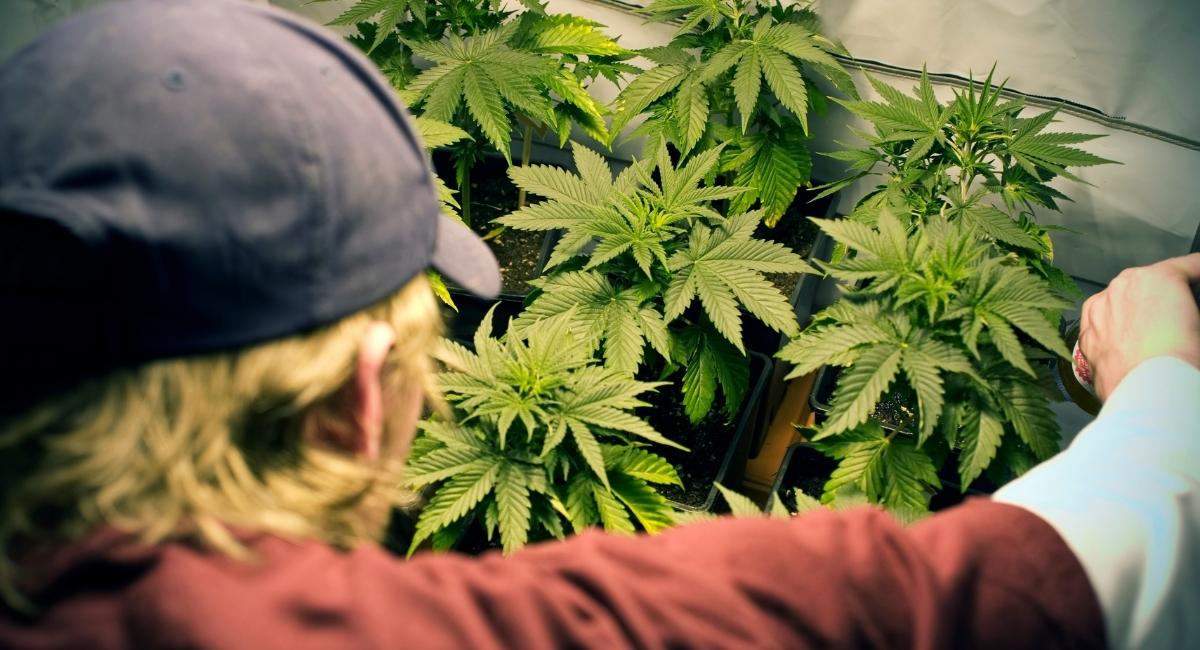 The marijuana crimes listed above are generally punishable as follows:

McClintock v. State, 405 S.W.3d 277 (2013) — Department of Public Safety officers set up surveillance of a building after receiving information that marijuana was being grown on the second floor of a two-story brick duplex in Houston, Texas. Officer R. Arthur described the location in detail in an affidavit given to show probable cause to search the location for marijuana and evidence related to marijuana cultivation, and found his observations of Bradley McClintock’s unusual comings and goings “at hours well before and after the business hours of the business on the first floor” during the week in which surveillance was conducted at the location to be “consistent with possible narcotics activity.” Authorities seized marijuana from appellant Bradley McClintock’s apartment and did so pursuant to a search warrant obtained with evidence of a drug-detecting dog’s sniff at McClintock’s back door, conducted without a warrant. The United States Supreme Court held that a dog-sniff under these circumstances is a search within the meaning of the Fourth Amendment. McClintock had moved to suppress the fruits of the search, and the trial court denied the motion. Reserving his right to appeal the evidentiary issue, he then pleaded guilty to the possession of marijuana in an amount from four ounces to five pounds. The main question raised by this appeal is whether, after excluding the evidence of the dog sniff, the other information contained in the affidavit offered to obtain the warrant sufficiently established probable cause for the search, and the Court of Appeals of Texas in Houston concluded it did not, accordingly reversing and remanding for a new trial.

If you were arrested for an alleged marijuana cultivation offense in Tarrant County, you are going to need to be sure that you have qualified legal counsel before you appear in court. The Law Offices of Richard C. McConathy has handled scores of marijuana offenses in North Texas and will be able to help you achieve the most favorable possible outcome for your case.

Our firm will be dedicated to helping you overcome every obstacle that you are facing and we will work with you to ensure that you are able to go about your normal life. You will be able to have us examine your case and discuss all of your legal options when you call (817) 422-5350 or contact us online to schedule a consultation.