In the state of Texas, shoplifting and retail theft are taken extremely seriously. Other parts of the world may consider this to be a petty crime, but individuals who are charged with this crime in Texas need to be aware of the many penalties associated with it. Texas is made up of many small businesses and large corporations that help stimulate the economy. Individuals who are guilty of shoplifting are oftentimes seen as untrustworthy thieves who are having a negative impact on our community.

Typically, shoplifting takes place when an individual is found guilty of taking items from a store without paying for them. If they are convicted of this crime, they can experience numerous difficulties in their future, including but not limited to jail time, expensive court-ordered fines, restitution payments, and loss of employment. For these reasons and more, it is important to make sure you have a criminal defense attorney on your side upon being made aware of the criminal charges that have been filed against you. 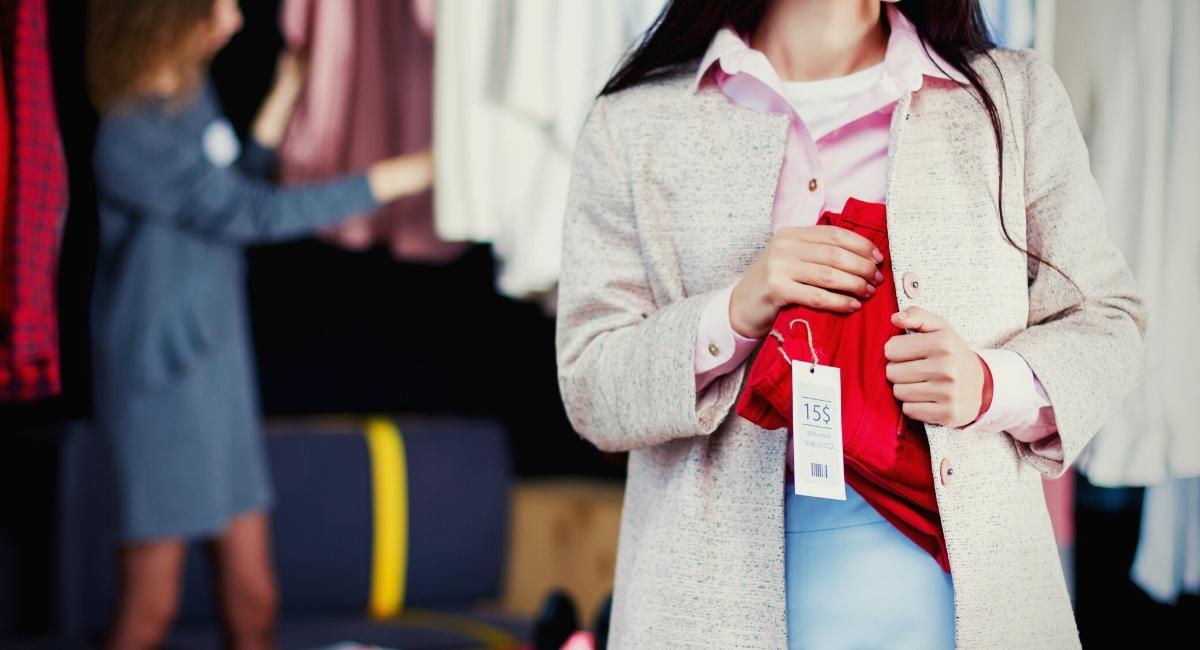 Shoplifting is not a crime to take lightly, but it is also important to remember that not every single charge necessarily has to result in a criminal conviction. False accusations are not unheard of; business owners and employees can sometimes make the mistake of accusing someone of stealing when they were actually shopping as a law-abiding, taxpaying citizen. If you believe that you can fight your shoplifting charges, it is important to hire a criminal defense attorney as quickly as possible.‍

Serving Tarrant, Collin, Denton, Parker, Dallas, and many other counties in the state of Texas, The Law Offices of Richard C. McConathy provide clients with the expert legal representation they need. Our legal team has years of experience behind us, and with a proven track record of helping our clients receive favorable outcomes in a court of law, you can count on our services to defend your honor from the very moment we begin working on your case. Contact us today at 817-422-5350 to receive a consultation from our legal experts.

Texas Penal Code Chapter 31 provides readers with an in-depth look at the definitions and penalties of shoplifting / retail theft. According to section 31.03, individuals are guilty of shoplifting or retail theft when they are found unlawfully and intentionally removing any piece of property from a store, merchant, or retailer with the intent of depriving the storefront of their unpaid property without their written, verbal, or implied consent.

Shoplifting can take place in other forms. Stealing unpaid merchandise is a common crime, but individuals can be charged with shoplifting if they are found switching the packaging of a piece of merchandise, switching/altering the price tag of merchandise, exchanging stolen merchandise for cash or store credit, or changing a price tag to display a lower price.

When you think of retail theft, the first image that may come to mind is a single person hiding a small item or two inside of their purse or backpack. And while this takes place from time to time, it is not the only form of shoplifting that takes place in our communities. In certain cases, individuals can be charged with committing organized retail theft.

According to The Texas Penal Code § 31.16, individuals are guilty of organized retail theft when they are found intentionally promoting, conducting, or facilitating activity in which they are receiving, possessing, concealing, storing, bartering, selling, or disposing of stolen merchandise holding a value of $1,500 or more. Organized retail theft typically stems from the criminal conduct of professional shoplifting rings and retail crime rings.

There are many different punishments for shoplifting in Tarrant County, Texas. The classification of the charge is highly dependent on the alleged offender’s criminal history, their number of previous shoplifting convictions, the type of property stolen, the value of the stolen property, and the manner in which the shoplifting took place.

Charges can also be upgraded to class B if the alleged offender has a previous shoplifting or theft conviction on their record. If they are found stealing property that is valued at $5,00 or more but less than $1,500, their charge can be upgraded to a class A misdemeanor that will land them in jail for up to one year in addition to a mandatory fine that is not to exceed $4,000.

Though you may be unaware of this information, it is important for you to know that shoplifting can result in felony charges. If an individual is found stealing property that is worth $1,500 or more but less than $20,000, they can be charged and convicted of a state jail felony. Shoplifting charges can also be upgraded to a state jail felony if the alleged offender has had two or more previous theft-related convictions. If convicted, offenders can expect to spend between 180 days and 2 years behind bars, in addition to receiving a fine that could be as expensive as $10,000.

Individuals can be convicted of third-degree felony charges if they are found stealing property valued at $20,00 or more but less than $1000,000. If convicted of this offense, they can be punished with a jail sentence ranging from 2 to 10 years and a fine that can be as expensive as $10,000, but no more.

Shoplifting is classified as a second-degree felony if the alleged offender is found stealing property valued at $1000,000 or more, but less than $2000,000. If convicted, the offender can expect to spend anywhere from 2 to 20 years in prison and pay a fine of up to $10,000. If the stolen property value exceeds $200,000, the offender will be eligible for life in prison.

Unlike regular shoplifting / retail theft charges, organized retail theft charges classifications start as state jail felonies, not class C misdemeanors. If convicted of stealing merchandise that holds a value of $1,500 or more but less than $20,000, individuals can be punished with a jail sentence ranging from 180 days to 2 years, and a fine that can be as steep as $10,000. These charges can be upgraded to third-degree felony charges if the individual is found stealing property that is valued at $20,000 or more but less than $100,000. If this takes place and they are convicted of the crime, they can be punished with 2 to 10 years behind bars in addition to a fine of $10,000.

Second-degree felony organized retail theft takes place when the alleged offender is found stealing property valued at $100,000 or more but less than $200,000. If convicted, offenders can expect to spend 2 to 20 years behind bars and pay a fine that could be as expensive as $10,000. If they are found stealing property that is valued at over $200,000, this will be classified as a first-degree felony, and the convicted offender will be eligible for a lifetime prison sentence.

NASP – This link takes you to the official website of The National Association for Shoplifting Prevention, a nonprofit organization dedicated to raising public awareness about the harmful effects of shoplifting. By visiting their website, you can learn more about their history, team, and fundamental principles.

Organized Retail Crime Associations: The Complete List – As organized retail theft continues to run rampant throughout communities around our country, certain organizations have stepped up to the plate in an attempt to combat this problem. Loss Prevention Media has compiled a list of some of the associations that have been started and founded with the goal of helping end organized retail theft. Click here to view a list of the associations in the United States of America that are trying to stop this problem from persisting.

Shoplifting is a crime that can have a lasting impact on your life. If an individual is found guilty of this crime, they can be seen as an untrustworthy citizen that is a threat to any business or learning institution they step foot in. Unfortunately, there have been people who have been convicted of shoplifting even though they did not necessarily deserve their conviction. This is why it is so important to hire a criminal defense lawyer that can help you fight and dispute your charges.

Serving Denton, Frisco, Fort Worth, Dallas, Garland, McKinney, and many other cities and surrounding areas of Tarrant County, the Law Offices of Richard C. Mcconathy specialize in criminal defense representation. For years, McConathy and his legal team have provided expert representation to clients from all around Texas. If you are searching for the right criminal defense lawyer for your case, contact us today at (817) 422-5350 for more information and a consultation from a member of our team.