Texans are allowed to own and bear firearms in the Lone Star State. They are protected by the Second Amendment of the United States Constitution, and many take this right a step further by applying for a concealed carry permit. If you would like to purchase a firearm to take a course to learn how to safely carry a concealed handgun, you have every right to do so. But first, we suggest you educate yourself on the laws surrounding unlawfully carrying a weapon in Texas.

There are certain laws that Texans must follow if they want to carry or transport a firearm. These laws are put in place to protect both the firearm owner and the general public. Because of this, unlawfully carrying a weapon is a crime that can result in a misdemeanor or felony conviction. In certain cases, individuals unknowingly commit this crime because they are unaware of the state laws pertaining to weapon carrying. 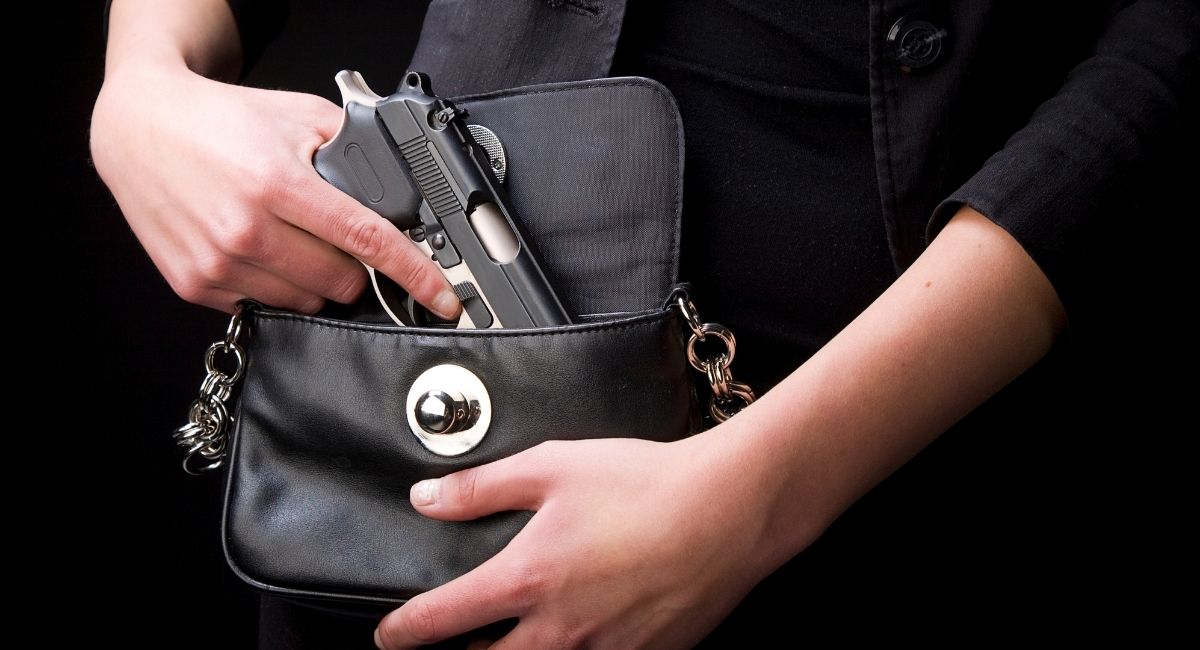 If you have been charged with unlawfully caring a weapon, you should know that you may be able to defend yourself from the consequences that oftentimes come along with a conviction. There are defenses that can be used against your criminal charges, but in order to dispute your accusations, you will need to first hire a criminal defense attorney.

Serving Fort Worth, Arlington, Grapevine, Flower Mound, and surrounding areas of Tarrant County, The Law Offices of Richard C. McConathy is the elite legal defense you will need if you hope to properly defend yourself in a court of law. Led by criminal defense attorney Richard C. McConathy, you can count on our legal team to work closely with you to fully understand your case. We have a proven track record of delivering favorable outcomes to our clients, and we will work tirelessly on your behalf in order to defend your name. For more information on how we can be of assistance, contact us today at (817) 422-5350 for a consultation.

Definition of Unlawfully Carrying a Weapon

Section 46.02 of the Texas Penal Code provides an in-depth look into what is considered unlawfully carrying a weapon. According to this documentation, an individual can be charged with this crime if they have been accused of knowingly, recklessly, or intentionally carrying a weapon (on their body or inside of their vehicle) while not being located on their own premises, or directly en route to a motor vehicle or watercraft that is owned by them, or under their control. Individuals can also be charged with unlawfully carrying a weapon if they are engaging in criminal activity while being in possession of a weapon.

Penalties for Unlawfully Carrying a Weapon

There are many different possible classifications of unlawfully carrying a weapon. This crime is classified as a Class C misdemeanor if the following elements are met:

If convicted of this crime, the individual will face a fine of up to $500.

Class A misdemeanor unlawfully carrying a weapon charge can be filed if an individual who does NOT possess a CCW license is found carrying a handgun that is in plain view, carrying a handgun while being engaged in any sort of criminal activity, or carrying a firearm while being a member of a criminal organization, such as a street gang. This can also be upgraded to a third-degree felony if the alleged incident takes place on any premises that is in ownership of a state-issued permit allowing them to sell alcoholic beverages.

Class A misdemeanor unlawfully carrying a weapon charges hold maximum punishments including 1 year behind bars and a maximum fine of $4,000. Its third-degree felony counterpart holds punishments such as a maximum jail sentence of 10 years, and a fine that could be as expensive as $10,000.

Resources for Unlawfully Carrying a Weapon in Tarrant County, Texas

Types of Weapons: Federation of American Scientists – This link takes you to the official website of the Federation of American Scientists, where you can read an official list of the types of weapons that are commonly found in America. Prepared by Ed Lawrence, this list shines a light on the many different types of firearms that are used during crimes.

Being charged with unlawfully carrying a weapon is not to be taken lightly. Though you are protected by the Second Amendment, you may have been unaware of certain laws surrounding this crime, resulting in an accidental infringement. A Fort Worth criminal defense attorney can help you defend your honor and freedom, but you must reach out to a professional quickly. The sooner you contact a lawyer, the more time they have to start building your defense.

Serving Fort Worth, Arlington, Grapevine, Flower Mound, and many other cities and surrounding areas of Tarrant County, The Law Offices of Richard C. McConathy specialize in providing elite legal representation. Led by experienced criminal defense attorney Richard C. McConathy, our team of legal experts has everything it takes to begin helping you defend yourself against your criminal charges. For more information on how we can provide you with legal counsel, contact us today at (817) 422-5350 to receive a consultation from our team.